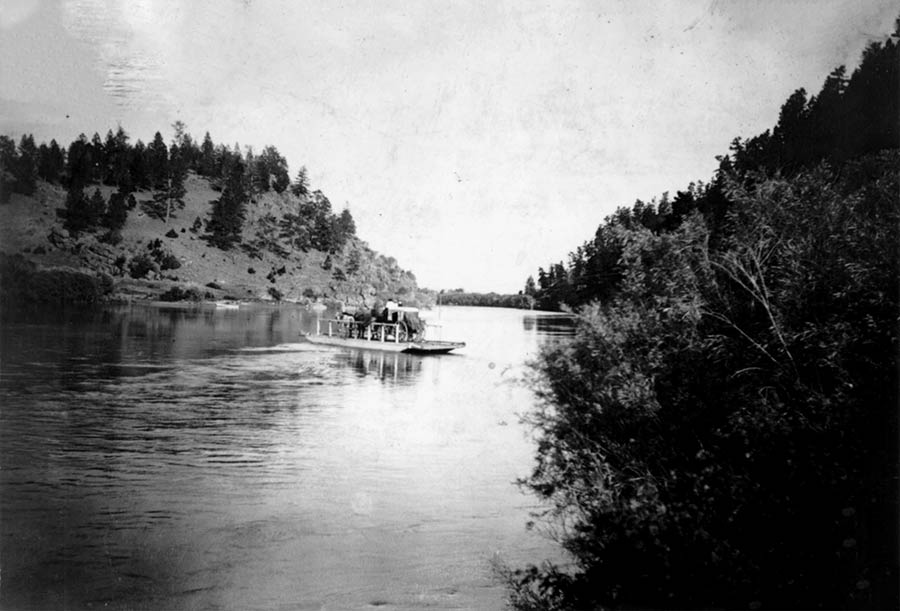 Since 1992 I have been camping at Court Sheriff Campgrounds at Canyon Ferry Lake and have always wondered about the name. What is a “Court Sheriff”? Turns out Court Sheriff is a person! A man’s name. Here is a brief history:

In about 1866 Court Sheriff bought out a ferryboat interest on the Missouri River. Court Sheriff, who ran a stage line, soon added a livery stable and a two-and-a-half-story hotel, the Canyon House at the landing.

Named for its location at the mouth of Black Rock Canyon, the cluster of log buildings called Canyon Ferry served as a center for mining and ranching in outlying flats and gulches around the Missouri River.

His son, Court Sheriff, Jr., ran the ferry when he was about 12 years old.

This became known as Canyon Ferry.

For some 50 years, the Sheriff family operated a stagecoach between White Sulpher Springs and Helena. Canyon Ferry was a meal station midway along the trip.

The Canyon Ferry settlement was located 14 miles out from East Helena making it a convenient stage stop on the Helena-White Sulphur Springs run.

Currently, Court Sheriff Campground is about 14 miles from East Helena.